Helping you enjoy every game Played

Dominate every match you play with our range of cheats and features.

With only a limited number of users per month and innovating anti-detection features, you get uninterrupted gameplay with our undetected cheats for Rust, Apex Legends, Rainbow Six: Siege and GTA 5.

We limit the number of people who have access to our cheat as this helps fight against detection – the more people that use a cheat, the more likely it is to become detected. 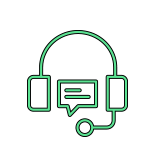 We have a high-quality support team on-hand to answer any pre-sales and post-sales questions you have, no matter how small they are.

Our developers are constantly working on improving the cheats and hacks to ensure you have the most advanced cheat with the lowest detectability rate.